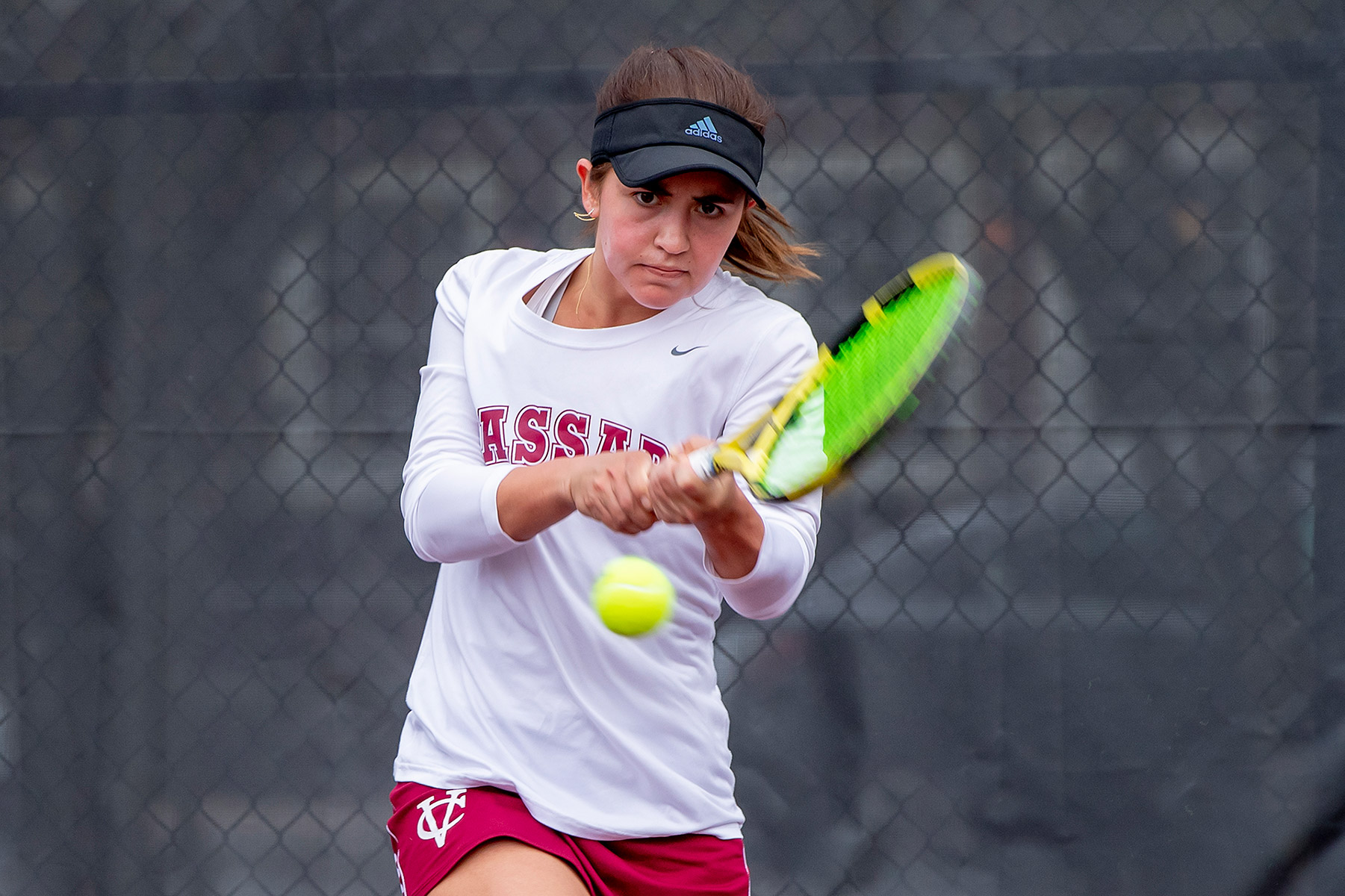 Vassar College will build a $2.5 million tennis center on a site known as Ballintine Field, President Elizabeth Bradley announced. The facility will include eight courts, spectator seating, and other amenities. It is scheduled to be completed by the start of the Fall 2023 tennis season.

Funding for the Richard L. Cretella Tennis Center is being provided by the Richard Cretella Trust, administered by Cretella’s sister, Virginia Mars ’51; an additional donation from Mars; and gifts from two donors for the naming of two of the courts. Vassar parent Mindy Mayer has provided funds for one court in memory of her late son, Eric Smith ’92, who was a member of the Vassar men’s team for four years. A second family has agreed to make an anonymous donation to name a second court.

“These generous gifts will enable the College to achieve a major upgrade in our athletics facilities, a vital component of our Fearlessly Consequential campaign,” President Bradley said. “The Richard L. Cretella Tennis Center will enhance our recruitment of student-athletes by providing a cutting-edge playing venue while also supporting our Physical Education Department in their teaching of skills that lead to a lifetime of health and wellness.”

The complex will include eight courts composed of “post-tension” concrete designed to last a minimum of 20 years, seating for spectators, a scoreboard, video capture capability, and storage for team equipment.

Michelle Walsh, Director of Athletics and Physical Education, said the new complex was certain to enhance Vassar’s already notable achievements in intercollegiate tennis. “The women’s and men’s tennis programs have a rich history of competitive success at Vassar, which has included multiple conference championships, NCAA tournament appearances, and numerous All-Americans. We are very excited about the construction of a new tennis facility that will not only reflect that success, but also serve as a platform for even greater successes in the future.”

Vassar Women’s Tennis Coach Marty Perry, whose 2022 squad won the Liberty League regular season championship, said he and his players were excited to learn about the plans for the new tennis center. “This new tennis facility represents an incredible advancement in the student-athlete experience for our team members,” Perry said. “Our new home for Vassar Tennis will have a lasting, positive impact on both the men’s and women’s tennis programs.”

One of Perry’s players, Macey Dowd ’25, agreed. “Everyone in Vassar’s tennis program is so grateful and happy about this new facility, and I really think that it will motivate us to train and perform at our highest level. Match days will be more exciting, and it’ll have much better viewing for fans. We also think it will strengthen our program by drawing in better recruits.”

Men’s Coach Tina McDermott said she and her players were looking forward to competing in their new surroundings. “We are extremely excited about having a state-of-the-art tennis facility that will transform our student-athletes’ overall experience,” McDermott said. “This amazing facility will enhance our player development within the programs. This is tremendous for our current and prospective student-athletes, and our teams will thrive in this new environment.”

The new location situates Vassar’s outdoor tennis program close to its indoor tennis facility, restrooms, locker rooms, and other amenities essential to supporting varsity and recreational tennis activity. Removal of some of the existing courts at the intersection of Raymond and Collegeview Avenues will make room for the Dede Thompson Bartlett Center for Admission and Career Education that is undergoing review for construction, and will provide open recreational space for intramural and club field sports. An additional practice space to support Ultimate Frisbee practices has also been created at the Vassar Preserve.

Mars said supporting Vassar athletics was especially meaningful to her and others in her family. “I am pleased that the trust I established 22 years ago for my brother will allow Vassar to recognize him and his love for tennis with the Richard L. Cretella Tennis Center,” she said.

“Sports has always been important in our family. My Vassar daughter was on the swim team, and one of my two granddaughters played lacrosse while the other rowed crew, and everyone works out! It is very fitting that these tennis courts be named in memory of my brother, Richard.  Both my brothers patiently taught their ‘baby sister’ how to play, and I played for pleasure for many years. Richard played singles and then as he got older, he played doubles, all on a high level. He would be happy to know that his love of tennis will continue to be perpetuated by having this wonderful tennis center.”

Rex Cretella, one of Richard Cretella’s sons, said his parents had a deep love for the sport and played throughout their lives. “Tennis was a sport that was pursued in a significant way in my family,” he said. “Dad transported me to numerous tournaments starting when I was 10 years old, and I played competitively at Vanderbilt University. He would be overjoyed knowing these funds are being used for this purpose.”

One of Richard Cretella’s daughters, Steffen Eve Cretella, who coached tennis at two secondary schools, said her father had taught her mother to play, and everyone in the family learned to love the game. “Dad continued to play well into his 80s,” she said. “He was an extremely humble person, and I know he would have been honored by this gift to Vassar. Once the courts are built, I will definitely make the trip to the campus to see them.”

Mindy Mayer said her son had been widely recruited by college coaches, including the coach at the United States Military Academy, but he fell in love with Vassar after a family friend suggested he visit the campus during the West Point recruiting trip. “Eric came home from that trip and said, ‘Mom, I’m going to Vassar,’” Mayer said, “and he just loved his entire Vassar experience.”

Eric, his wife and two children, and his father died in a plane crash in 2007. Following his death, the Vassar tennis team created an annual award to a player who reflects Eric’s spirit and dedication to teamwork. “His teammates all told me that’s the kind of player he was,” she said.

Tim Kane, Vice President for Advancement, said the College was “deeply grateful” to the donors for funding the project. He noted that several courts were still available to be named by future donors.